"Origins of Rajputs": A Political Exercise 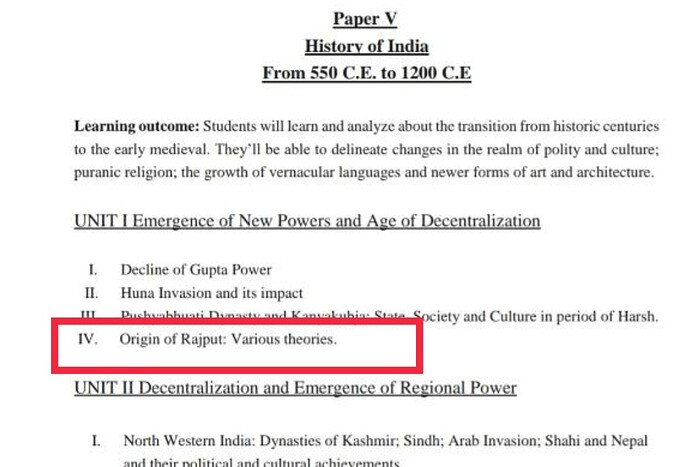 Ordinary, we kshatriyas never bothered about origins of our clans, regardless whether we are simpleton villagers or educated middle-classes. When identifying ourselves as rajputs, we are more focussed on our kul (Clan or Tribe), its legendary progenitor, our khaap (sub-clan), its founder and ultimately the jagir/homeland of that khaap. [For better insight, read this] . This is corroborated by our inscriptions and records (both vaats and contemporary khyaats), those of our martial rivals (Turks or Mughal dynasty) and even the British-era district gazetteers.

However this never interested the ruling classes - neither early British Orientalists nor the post-independence-era Brahmin-bania rulers. They are fixated with assigning origins to our different clans, although these rulers cannot recount their own family-histories from four centuries. While it is a fact that many Rajput clans have their inscriptions even in 8th, 7th and 6th centuries, and comparatively have more detailed history, than their Brahmin, Jaat, Ahir, Bania, Khatri, Gujjar peers. The lack of adequate information on their origins and their history prior to 5th century, is used as a convenient excuse to impose wild and mostly contradictory theories of origins.

Since most often these theories are promulgated and imposed on rajputs by Opinion-makers fromm above-mentioned competitive groups, it is pertinent to highlight a few points. There are no records of Khatris or their clans prior to 14th century; any mention of Jats prior to the Arab records, any mention of Gujjar caste prior to . Although Brahmin gotras and Jain gotras find contemporary mention, they predominantly do so in inscriptions by their Kshatriya (Rajput) patrons announcing land-grants or opening trade-centers.

However, while Brahmin-bania intellectuals mostly remain silent on their own origins and at times, casually stretch those to Vedic period, they are often adamant to deny rajput-kshatriya connection and progressively push both the Rajput identity and origin of Rajput clans to Mughal or early modern