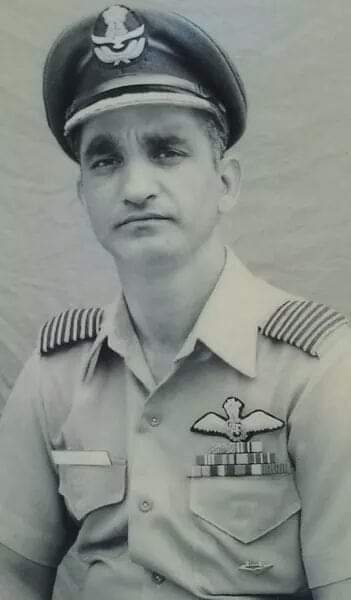 Commissioned on April 1, 1953, Pilot Officer Prithi Singh did exceptionally well in service and finally retired from IAF in 1992 from the august appointment of Air Officer Commanding-in-Chief, Western Air Command…
Prithi Singh joined No, 7 Squadron in 1955 to fly Vampire fighter aircraft. He then qualified as a flying instructor (QFI) and achieved the highest category in this discipline. In 1961 Flight Lieutenant Prithi Singh attended the Empire Test Pilots School, Farnborough UK. His contribution to test flying, development of aircraft types and systems and evaluation of new aircraft for possible induction into IAF were remarkable.
Having gained very valuable experience as a QFI and Test Pilot, Wing Commander Prithi Singh took over command of No. 101 Squadron which was being re-equipped with a different aircraft type. Prithi applied his knowledge and expertise to get all essential information on the aircraft by flight testing it himself. The aircraft had a few unusual problems in its induction in IAF but these were effectively tackled by him. No. 101 Squadron moved to a forward bas but despite the difficulties encountered, it soon became fully operational under the personal leadership of Wing Commander Prithi Singh… For this unusual contribution to the service, he was awarded the Vayu Sena Medal in 1971.

Wing Commander Prithi Singh was deputed as a test pilot to Hindustan Aircraft Ltd, Bangalore in December 1970. During his tenure at HAL, he flew more than 650 hours for development and production testing of a variety of aircraft types. These included the HF-24 Trainer, Kiran, Gnat and Basant Mk II. He demonstrated the Basant Mk II at Sao Paulo, Brazil but was not allowed to show off a loop in it only because no other competing agricultural aircraft could do it. For his courage, high professional skill and devotion to duty he was awarded a BAR to the Vayu Sena Medal.

Perhaps no other test pilot evaluated as many aircraft types as Prithi to be considered for service in IAF. These included the Sukhoi Su-7, 160 of which type saw IAF service and flew over 1600 sorties in the 1971 War. He evaluated all new combat aircraft offered to IAF, including those for meeting the Deep Penetration Strike Aircraft (DPSA) requirement such as the Anglo-French Jaguar, French Mirage F1, British Buccaneer and the Swedish Viggen. By the time Air Marshal Prithi Singh finished his flying career in IAF, he had piloted around 120 aircraft types and their various versions, perhaps an unmatched IAF record. For his many remarkable contributions to IAF, flying over 4300 hours without a single avoidable accident and setting a shining example to younger officers, he was awarded the Ati Vishisht Seva Medal in1978 and finally Param Vishisht Seva Medal in 1989.

Prithi Singh moved through important posts in IAF: Commandant Aircraft & Systems Establishment (July 1979 to September 1982), Director Offensive Operations and then Training, Assistance Chief of Air Staff (Operations) and Deputy Chief of Air Staff. He was a graduate of the National Defence College.

Prithi Singh was tee-totaller and non-smoker. He kept himself very fit and was hardly ever beaten at squash by youngsters even as the AOC-in-C, Western Air Command. His son Air Commodore Vikram Singh is also a Test Pilot who had worked extensively on the Light Combat Aircraft. At present Vikram is posted in Moscow. Prithi’s daughter is also married to a Test Pilot, Air Commodore Sandeep Singh currently posted in Air Headquarters.
[From Bharat Rakshak Forum]