{ This Article is under-construction} 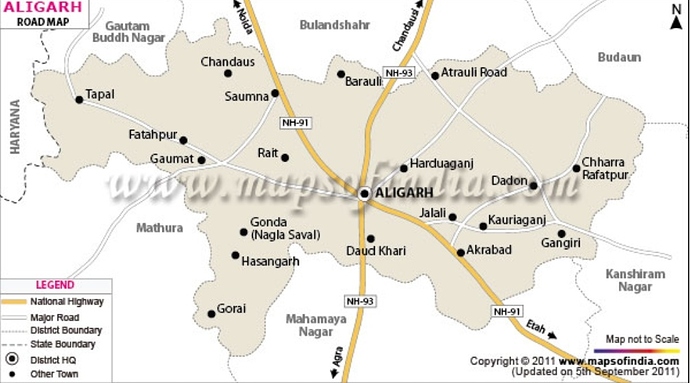 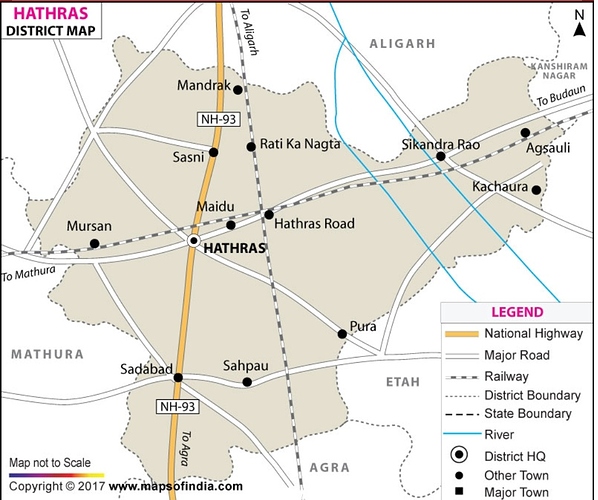 Clan-wise Distribution of Kshatriyas in Aligarh and Hathras District —

The Chauhans are scattered all over the district , but are strongest in Khair ,Sikandra Rao and Aligarh , and in former days held almost the whole of the Khair ,Chandaus and Morthal par ganas.They trace their descent from the ancient rulers of Delhi , the ancestor of the Khair Chauhans being Raja Sangat , the great -grand son of Chahara Deva , the brother of Prithviraj ,one of whose numerous progeny settled in Khair.Some Chauhans especially in Sikandra Rao tahsil are descendants of Etah and Mainpuri Chauhan.Bhupal Singh of Khair was a great freedom fighter of 1857 of this clan.

Jadons are descendants of Lord Shri Krishna of pure ancient Yadava race and through him from Yadu of Lunar race .Their home native place is Bayana in Bharatpur district after migration from Mathura in 1017 A.D.Those -living in this district appear to have come from Jalesar pargana of Etah district and Mahaban pargana of Mathura district.Jadons found in the district everywhere , but are far stronger in tahsil Koil and in paragnas Akrabad ,Sikandra Rao ,Khair .There are also found in Gorai ,Iglas ,Hatharas ,Atrauli pargnas also in small numbers.
Some of them (jadons ) are described as Chhonkars , Jaiswars and Porach of Hatharas tahsil are said to represent a branch of the Jadon clan.
Chhonkars are found in small numbers in Atrauli tahsil.Porach are found in large numbers in Hathras and Sikandra Rao tahsils .

The Pundirs are found chiefly in the Sikandra Rao and Koil tahsils .And in the former they hold large estates , their chief families being those of Sahaoli ,Akrabad ,Nai and Bijaigarh.They come in this district from Hardware in Saharanpur district under the leadership of Raja Damar Singh , who established himself first at Gambhira (Bijaigarh ) in the Akrabad paragana .Their fort was Bijaigarh , which took it’s name from Bijai Singh brother of raja Damar Singh.Thakur Mahtab Singh and Mangal Singh were the great freedom fighters of Akrabad of this clan in 1857 mutiny .

They are strongest in Atrauli ,Sikandra Rao and Koil , in the last owning practically the whole of the Barauli pargana .

The Gahlots–The Gahlots prince of Chittorgarh married with the sister of Prithviraj Chauhan , and it is to this connection is due the presence of Gahlots in the Upper Duab .
They are chiefly found in Hathras and Atrauli tahsils .They say that they came to assist the Chauhan prince of Delhi in his numerous wars , and reward he gave them over the lands of the Meos and the Dors .Chand Bardai mentions Gobind Rao ,Gahlot , as one of Prithiraj’s auxiliaries .The Bulandshahr Gahlot say that they settled near Dasna under Raja Khuman at an early period .

Tomars in Hathras ,Iglas and elsewhere ,the total including the Jangharas ,who in early days held most of the Iglas tahsil and claim descent from the Tomars of Delhi.

They are found in small numbers in Hathras and Sikandra Rao tahsils .

The Bhale Sultan of Sasni in Hatharas are another ancient clan ,connected with the Khurja family in Bulandshahr , but their present possessions are very small.

The other clans include the Dors in Koil , Solankis of the Hathras pargana , Kachhwahas of Koil ,Rathods and Gaharwars of Atrauli are also found in small numbers and having probably crossed the Ganges from Badaun district .