Battle of Mandan: When Shekhawat Kachwahas defeated the Mughal army of Mitrasen Ahir 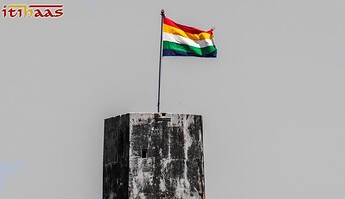 On June 6, 1775, a fierce battle took place between the Shekhawat Kachwahas and the Mughal army officer at a place called Mandan near Rewari to protect the independence of their motherland.
Rao Mitrasen Ahir was defeated, Kale Khan Baloch was Killed and the Shekhawat were victorious.

It is said that in that war three generations of many families of Shekhawats worked together. The special thing in this war was that the army of Jaipur and Bharatpur also took a valiant part in favor of Shekhawat army.Najaf Quli Khan had betrayed the Shekhawats, as well as the Mughals captured Narnol, Bairath, Kotputli etc. which were under the possession of Jaipur.

With a strong desire to avenge this, Bagh Singh of Khetri, Hanut Singh ji Dundlod, and Surajmal ji Bissau, came to Naval Singh ji in Jhunjhunu and all decided to fight with the Mughals. According to this decision, a joint army of Shekhawats attacked the Mughal police station in Singhana under the control of Dhabai Yani Ram of Chirawa and Mulakpuria of Hiranand Badhan ki Dhani.

A fierce battle ensued. The Pathans who were there, ran away and Singhana was taken over by the Shekhawats. After this the Shekhawats decided to assemble in Singhana for war, Naval Singh ji Jhunjhunu whose army had elephants, horses, chariots, Sukhpal, cannons, Rahkale, Jamburak, Ram Changi etc., reached Singhana. The army of Panchpana, Udaipur Vati and Khandela also reached here. Naval Singh ji commanded the Shekhawat army. Maharaja Sawai Prithvi Singh ji from Jaipur sent an army under the control of Sur Singh ji Chirana (whose jagir at that time was Khatu) and Shambhuram Kanugo to recapture the places occupied by the Mughals. This army left Jaipur and camped at Khejdoli, from here the Jaipur army moved towards Narnol, capturing Kotputli, Bairath etc. On the way to Narnol, both this army and Shekhawat army got together and then advanced on Narnol.

The Mughals fled in a single flight after emptying Narnole without a fight. Then both the armies proceeded towards Kanti. The Kachwahas had helped the Jats in their recent wars with the Mughals. Therefore, the army of Bharatpur under the leadership of Fatah Singh Jat joined them in the route of Kanti to fight the common enemy.

The news of this reached Delhi as soon as the armies of Shekhawats, Jaipur and Bharatpur had left. From there an army was sent under the command of Baloch Kale khan of Farukhnagar to stop the Kachwahas.

The Qazi of the Mughal army came to talk to Naval Singh ji for a settlement. Naval Singh ji did not accept any of his offer advised him to return before he forgets his Sharnagat Dharma.

In front of the vanguard was an elephant on which the Kesrani flag of Shekhawat was hoisted with red goat and image of Lord Hanuman in center. Against the Jaipur army, the Baloch army of Kalekhan and Kayam Khanis were there.

As a result of the frontal attack of Rajput front, Ramdutt, the head of the right flank of the Mughal-Ahir army, was killed. As soon as he dispatched, the Mughal Ahir army gave up and fled. The fleeing Ahirs suffered heavy casualties. Most of them ran towards Rewari and the rest fled and entered Mitrasen’s army in Gol. Chasing them, the warriors reached Chandawal of the Mughal army, which blocked the route of the Mughal army to Rewari.

The Jat army quickly attacked the Ahir army on the southern side of the Mughal army. There was a fierce battle from both the sides. As soon as the Bharatpur army attacked, Harol of the Shekhawat army attacked and entered the elephant army of Mughal side, breaking the enemy artillery. There was a fierce beating of swords all over the battlefield. Initially the Jat warriors suffered a large number of casualties. As soon as Soor Singh ji heard of this news, he ordered Shambhuram to expedite the attack.

Pahar Singh, son of Sursingh ji, made a fierce attack with his cavalry, on this front there was a fierce battle between the armies of both the sides.On the other hand, many Shekhawat warriors like Naval Singh ji got down from elephants and rode on horses and attacked the Mughal army from the front. Crossing the trenches of the Mughals, the furious Rajputs reached Mitrasen Ahir. Behind them, Chandawal (rear front) of Shekhawat army also attacked. Mitrasen could not last long and left the field in front of this fierce attack and ran away. As soon as he fled, there was a stampede in the Mughal army. The Shekhawats also cut down the armed forces of the Mughals. The Mughals were devoid of every luxury they had by the Rajput army.

In this way, the Kachwahas defeated the Mughals, Balochs and Ahirs in a single war with the help of Bharatpur jats, devoiding them of all the luxuries, came to be known as one of the last great wars of Rajputana.