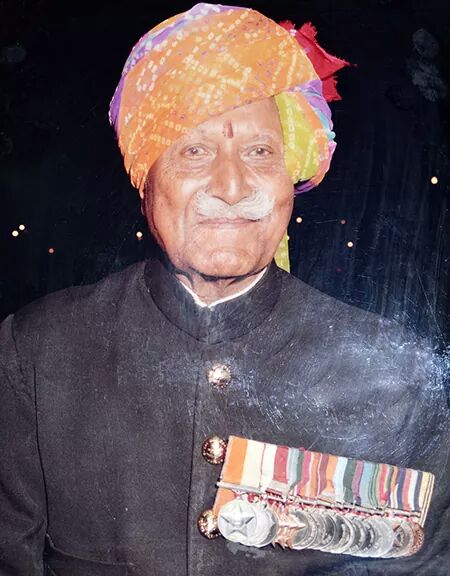 FB_IMG_1569239426428450×576 49.6 KB
Brig Raghubir Singh, MVC, was commanding 18 Rajputana Rifles (Saurashtra) during the battle of Asal Uttar. Between 7 and 10 September 1965, the unit was attacked by Pakistani forces. On 9 September at 2100 hours, in moonlight, the enemy forces launched a ferocious attack with tanks and managed to over-run the forward company positions. Lieutenant Colonel Raghubir Singh, anticipating the enemy’s assault, left his command post and regardless of personal safety moved up to those companies past three enemy tanks. He entered the positions under intense enemy artillery fire and established contact with the company commanders. This example of courage, determination, and leadership on the part of the Commanding Officer inspired the men to defy the enemy tanks and under his command, they destroyed 20 enemy tanks.

He is a Rajawat Kachhwaha Rajput and had first joined Hazari Guards of Jaipur State Forces and was later sent to Swai Man Guards ( which was later renamed 17 Raj Rif ).