Bundela Rebellion of 1842: British Revolt in Sagar and Narbudda territories

An important element in the more explicit patriotism of 1842 was the notables rejection of foreign law. It was the Bundelas who refused to obey such laws, and who shortly after began armed opposition to British rule, hence the epithet ’ Bundela ’ applied to the revolt.

The Saugor and Nerbudda Territories was a region of British India, located in the central part of present-day Madhya Pradesh state in central India. It included the present-day districts of Sagar (Saugor), Damoh, Jabalpur, and Narsinghpur. Sagar and Damoh however were also part of the Bundelkhand land. Bundelkhand is a big territory spread over in U.P. and Madhya Pradesh. So far the position of the rulers of that area in relation to the British East India Company was concerned, it was not of superiority. At the conclusion of the Treaty of Bassein (31st December 1802), between the Britishers and the Peshwa, the Peshwa’s possessions in Bundelkhand were placed under their rule. Thus, they acquired territory in Bundelkhand yielding Rs. 36,16,000 a year. To have actual control of the places acquired under the Treaty, the British Government deputed its officers in Bundelkhand. The Political Agent for Bundelkhand was appointed in 1804.
After the Treaty of Bassein, the British pressed the rulers of Bundelkhand States to conclude the Treaties of Friendship and Security with them and the Chiefs of smaller units to receive the sanads from them. Thus, the British, by their strategic approach, were able to establish their domination in the Bundelkhand region by 1823. Uprisings in Bundelkhand Prior to the Revolt of 1857 took place in different parts of India from time to time. 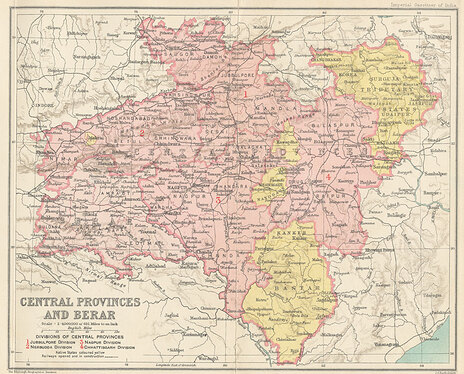 Meanwhile, the first eruption, caused by the political, social, and economic unsettlement that had taken place among the dispossessed landlords and chieftains of Saugor -Nerbudda Territories, known as the Bundela Rising occurred in 1842. The causes of this violent outbreak are not far to seek. The owners of land in Sagar were mainly Bundela Rajputs, Gonds & Lodhis. 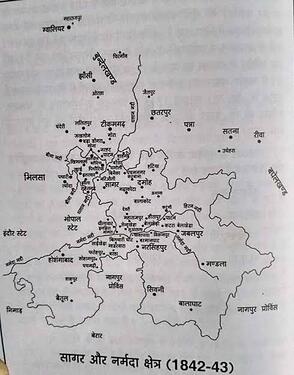 The process of settlement in the district had resulted in the dispossession of long-standing malguzars, Some of whom were suspected of hostile intent while others had defaulted their payments. Against those who had fallen in ariears, legal action was taken and after much harassment, they were deprived of their lands and property. Partly for this reason and partly from an awareness of the British disaster in Afghanistan. The Bundelas broke out in open rebellion.

It started with two Bundela Thakurs in the north of Sagar. Jawahar Singh Bundela of Chandrapur, and Madhukar Shah Bundela and Ganeshju Bundela of Narhut, who were served with decrees of the civil court of Sagar early in 1842. 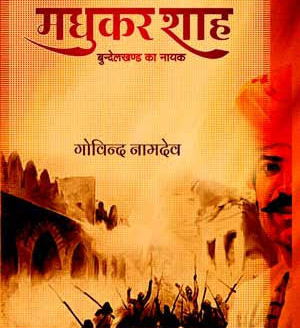 The Malgujar Jawahar Singh of Chandrapur in the north of the Sagar district and Madhukar Shah Bundela, the Zamindar of Narhat, had considerable influence in their respective areas. A huge amount was demanded by the British from both these zamindars in the form of tax. This amount was really so big that it was not possible for both of them to repay it.
Their answer to it was to defy the order and attack the police, some of whom were killed. They were joined by a large number of discontented landlords such as in the region north of the Narmada. They raided the police outposts and plundered towns of Khimlasa, Khurai, Nariaoli, Dhamom and Sagar. 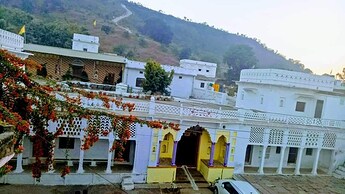 The Thakurs of Narhat pressed their patriotism further by urging malguzars in these areas not to cultivate their land or pay revenue to the government.
In defying British rule, the Bundelas of Sagar received support from Delan Shah, a Gond chief of Narsimhapur, appeared on the scene and raided Deori and the adjacent tracts of Narsimhapur. Zamindar Hirde Shah Lodhi of Heerapur also joined them. Then Hirdaishah joined the erstwhile Maharaja of Tejgarh and liberated a large part of the area on the Narmada of Jabalpur, Narsinghpur and Sagar from the British rule.

For about a year the entire region was in turmoil, but with the capture of Madhukar Shah Bundela the movement received a major set-back. Captain Wakeman succeeded in capturing Madhukar Shah of Narhut, who was publicly excuted and his body burnt behind the Sagar Jail. By April 1843 the disturbances practically ended. 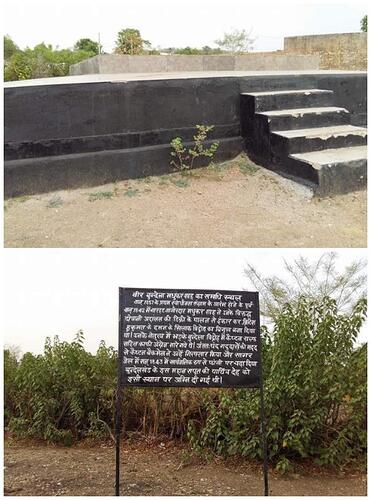 However, this incident was suppressed in Indian history. This struggle was spread in the vast Bundelkhand & Narbada territories, which could not take the form of the struggle of 1857 but the seeds of the freedom movement of 1857 were hidden in this struggle.

Although the British struggle of Bundela Rajputs did not stoped here, it continues through “Mardan Singh Bundela of Banpur” during 1857.