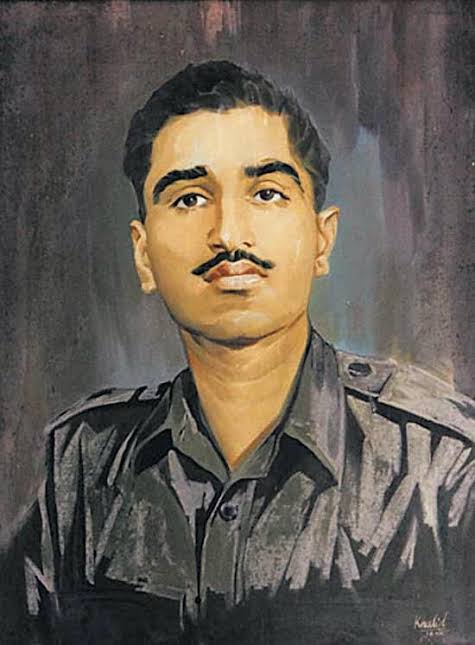 images - 2022-03-15T143700.393475×645 32.4 KB
Captain Gurbachan Singh Salaria, the only UN Peacekeeper to be awarded the Paramvir Chakra belongs to a Rajput family. His family right now lives in Jangla near Dinangar. But they are actually migrants from village Jamuwal in Pakistan.

Captain Gurbachan Singh Salaria was commissioned in third battalion regiment of 1st Gorkha Rifles, which was part of the 3000-soldier Indian aid to the U.N. Peacekeeping Force during the Congo Crisis of 1961.

On 5 Dec 1961,a battalion of Gorkha Rifles was ordered to clear up a roadblock established by the gendarmerie at a strategic roundabout at Elizabethville, Katanga.

Captain Gurbachan Singh Salaria with two sections of Gorkhas and two Swedish Armourd Personnel Carriers was to advance towards this roadblock from the airfield to act as a cutting-off force. Captain Salaria with his small force arrived at a distance of1500 yards from the roadblock and came under heavy automatic and small arms fire from an undetected enemy position dug in on his right flank.

The enemy also had two armoured cars and about 90 men opposing Caption Salaria’s small force. Captain Salaria appreciating that he had run into a subsidiary roadblock and the enemy force might jeopardise the main operation and thus decided to remove this opposition.

He led a charge with bayonets, khukris and grenades supported by a rocket launcher. In this gallant engagement, Captain Salaria killed 40 enemy soldier and knocked out two armoured cars.

This unexpected bold action completely demoralized the enemy who fled despite the numerical superiority, however Captain Salaria was wounded by a burst of automatic fire in his neck but continued to fight till he collapsed owing to profuse bleeding.

Captain Salaria’s utter disregard for personal safety, and dauntless leadership inspired his small gallant force of Gorkhas to hold on to their position, dominate the enemy and inflict heavy casualties despite the enemy’s superiority in numbers and tactical position.

Captain Salaria’s leadership, courage, unflinching devotion to duty and disregard for personal safety were in the best traditions of our Army and for this he was posthumously honored with Paramvir Chakra. 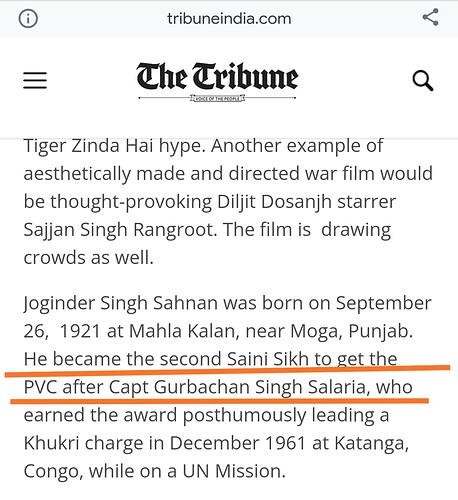