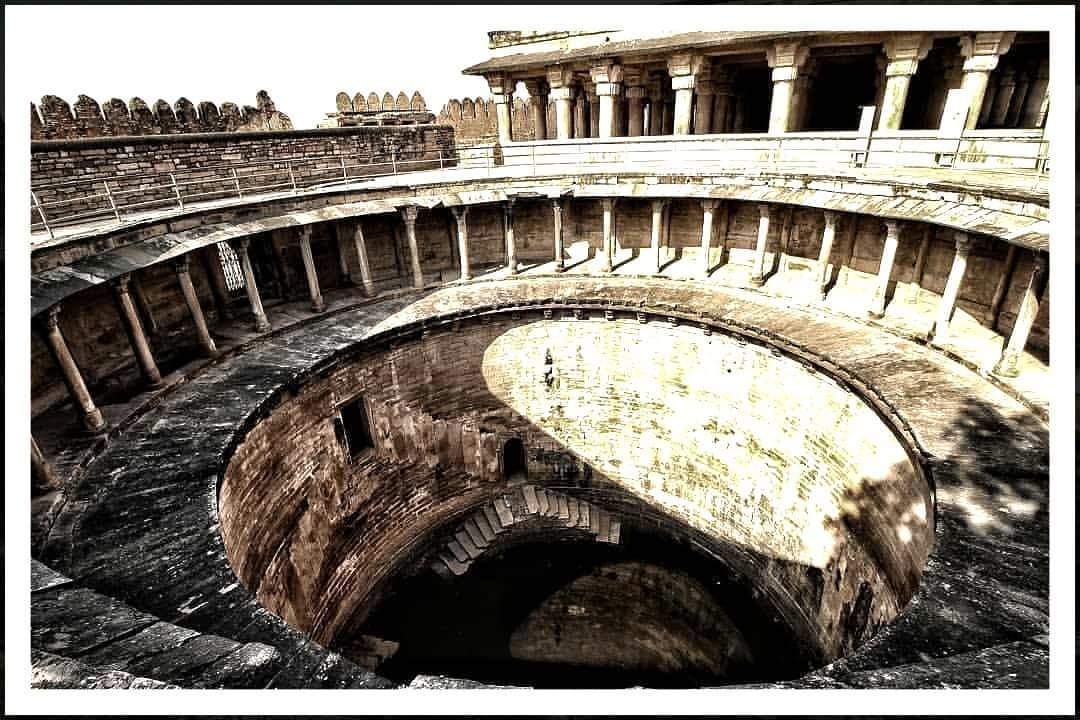 This is the beautiful Assi Khamba Ki Baoli (Gwalior, MP). It was built by the great Maharaja Man Singh Tomar of Gwalior (c. 1500 CE). Tradition has it that this huge baoli (step-well) was built by ancient Hindu engineers of Man Singh’s kingdom in just 5 days.

In 1505, Sikandar Lodhi declared a war and invaded Gwalior. In response, Man Singh ordered the Gwalior fort to be closed down. He ordered the construction of this huge baoli for storage of water during the siege. Urgency demanded the baoli to be built in just 5 days. Man Singh made excellent preparations for the siege. He used crafty hit and run tactics. Once his soldiers marched out of the fort to give battle. But they soon retreated back into the fort after initial engagement, causing frustration to Sikandar Lodhi. Tired and hungry, Sikandar Lodhi and his troops were forced to give up the siege and return back.

After the battle, the Baoli continued to be used to store water. Sections of it were also used as a bath.

A scarcity of food resulting from Lodi’s destruction of crops forced Lodi to give up the siege. During his return to Agra, Man Singh Tomar ambushed Lodi’s army near Jatwar, inflicting heavy casualties on the invaders