Jadeja trolled for his Rajput Identity: What lesson must Rajput public take

The public expression of anti-Rajput hatred is best illustrated when public personalities and celebrities, troll and shame their own Rajput colleagues for self-identifying as Rajputs and associating themselves with the rajput public. They would make our identity itself a taboo and deny us, our right to be. 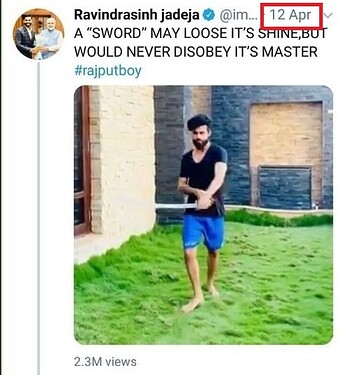 On 12 April 2020, cricketer Ravindra Jadeja posted a video of himself doing a swordplay in his garden with a hashtag rajputboy. The word “rajputboy” triggered prominent mercenaries of identity-politics - Dilip Mandal, Arfa Khanum Sherwani, Jyoti Yadav, & Shekhar Gupta, Ashok Swain, who led an army of trolls that not just attacked the cricketer for his identity but extended their causticity against the larger Rajput community.

image2000×724 140 KB
Ashok Swain(L ) showers his love for Mughals, much required to look secular, however he attacks the Rajput community for those who served the Mughal realm. This, despite the fact that Swain’s own Khandayat ancestors worked at much lower hierarchies in Mughal administration; .JNU’s Afreen Fatima (R ), who wears her religious orthodoxy up her sleeves finds Jadeja’s hashtag funny and bigotted

imgonline-com-ua-twotoone-6wvn48AGU1uC2388×960 364 KB
Jyoti isn’t just an Ahir face at ThePrint.in, she is also an Ahir-voice in the portal, known for writing and representing Ahirs there. However, she comes up with a very complex & funny narrative to attack Jadeja, hiding her own Rajputphobia beneath it

merge_from_ofoct (21)2011×599 201 KB
Arfa Sherwani (L) is a known media-defender and promoter of her Ashraf Muslim (Pathan) pedigree. However, she finds Jadeja merely self-identifying as a rajput “casteist”. Shekhar Gupta (R ) instead of castigating his employees for their casteist remarks against Rajput community, harangues Jadeja (a person not oweing anything to Gupta) to stop identifying as a rajput

Some may defend this caste-attacks using the argument of “anti-caste” or "universalism", except that this treatment isn’t universally applied. Let us explore all forms of Pride that far from being reprimanded, are actually cherished by the same people. Dharmendra Deol and his family has made many Jat-centric movies glorifying the Jat community; and are quite vocal on Jat identity

imgonline-com-ua-twotoone-fTwPSLicOJiEYb52188×1027 468 KB
Rao Inderjit (L) posts on sacrifices of Ahir men at Rezang-La and Ahirwal. Jyoti (R ) has issues with Jadeja’s “#rajputboy” , however here she was advertising Ahirwal 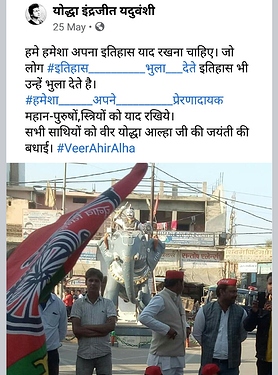 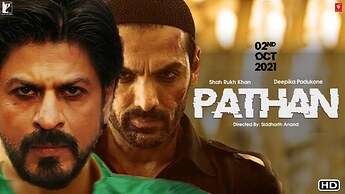 Anyways, it was Dilip Mandal of ThePrint.in and a Professor at Makhanlal Chaturvedi University of Journalism, who started this. 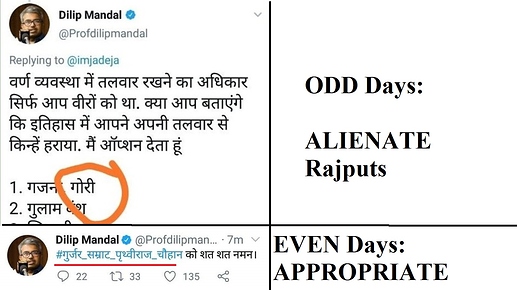 The Kshatriyas are clubbed alongside Brahmin-Savarns for all socioeconomic and sociopolitical discussions. However, while the Brahmin-Savarns ie Brahmins, Banias, Khatris and Kayasths are predominantly urbanized literary or mercentile groups, the Kshatriyas have remained a rural agrarian martial community, depending mostly on agriculture and sepoyism historically. While the Brahmin-Savarns are over-represented in academia, media, cinema, and even government jobs; the Rajputs fall back in each to the extent of being completely voiceless in most of abovementioned institutions. Thus on one hand, the kshatriya-deprivation gets obscured under brahmin-savarn overrepresentation; on the other hand, historically brahmin-bania-kayasth-khatris have used their clout in media, academia, cinema and national politics to harm the Rajputs (eg “defeat specialist” “beti givers” “no role in freedom struggle” “Thakurvaad” are some damageing narratives) and shift public outrage from their own actual privileges to the elusive rajput privileges.

While the Kshatriyas are a rural agrarian community, underrepresented and backward on many parameters, they are not State-beneficiaries and don’t benefit from State’s welfare policies at par with Jats, Ahirs or Gujjars. Neither do kshatriyas receive any social or political support from Welfare organizations like OBC Employee Trusts that the Jats do. They receive no political support from Bahujan Organizations on their issues and problems, the way Jats Gujjars and Ahirs manage to do. While both Congress and BJP pamper Jats, the Rajputs receive not benefits or help in their problems. The Brahmin Gandhi-family run Congress is well-known to attack historical Rajput figures and create narratives like “Thakurvad”; while BJP-RSS is well-documented to appropriate Rajput figures and history for politics of Sanskritization. The Jat-Bahujans are known to both attack Rajputs politically (check Hanuman Beniwal’s statements), commit crimes against Rajputs (eg Samrau incident, 2018) and simultaneously appropriate Rajput heritages.

A Rajput can seek justice from neither Brahmin-Savarns nor Jat-Bahujans. Hence, the last resort and the only hope for ordinary Rajputs is his own community and its Elites. Instances like hounding or trolling of Jadeja for associating with rajputs, has been going on for past 70 years and has been down by both Institutionally dominant Brahmin-savarns and politically boisterous Jat-Bahujans.
There are two objectives behind this: First, to incite a public-disgust against Rajputs, then alienate them and keep them alienated from civil society discourse. Second is, to entrap Elite, Creamy or resourceful Rajputs in an identity-guilt and make them apathetic to sufferings of ordinary Rajputs below them. Thereby closing the last hope of the Rajput public, they ensure that the Rajput community remains both alienated and helplessly bogged down in a quagmire of decline.

Develop a Spine like Jadeja and Rationally commit to community-activism, ignoring the trolls who have nothing positive to offer to the community’s progress.
It must be registered with clarity that if we Rajputs wouldn’t stand up for ourselves, no one else would either.