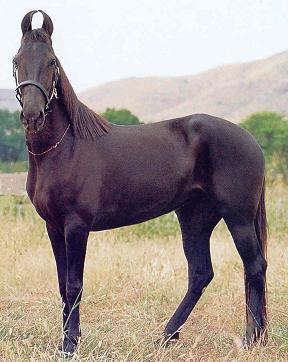 Happened to see the show “Safari India” on NDTV India, which covered the saga of the Marwari Horses. This is one of the few surviving indigenous horse breeds in the world.

I had covered part of its story in my guerrilla warfare article.

There is very little information on the lineage of these horses and I was hoping to see some coverage on the show. The opinion expressed there was that the Marwari was purely indigenous but the Kathiawari had some Arab admixture—this is echoed in the medieval text Ain-i-Akbari which claims that the Kathiawari was descended from seven (eight?) horses, which had run wild from a ship that was wrecked on the Gujarat coast! This mythical story actually reflects the resemblance of the Kathiawari to the Arab.

In fact, both these breeds came up with the successful Rajput resistance to the Turk invaders in the 13th and 14th Centuries and their decline ran parallel to the decline of the Rajput Kingdoms in the 19th Century (for the revival see Marwari Horse for export).

On the show the British were wrongly blamed for preferring European thoroughbreds in their army—actually they didn’t have much of a choice. The British Empire started from the south and the east of India where there were no local breeds of horses. Naturally, they had to build their own cavalry from imported horses. And secondly the indigenous cavalry (mostly of Mughal nobles like the Nawab of Arcot or Mirza Najaf Khan) was not reliable enough—they could not work under the orders of the infantry commander and were more useful in plundering or in recce missions. 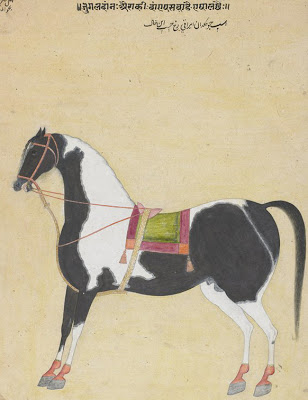 A Marwari stallion named Jukaldan Ayragi is shown in this 18th-century Rajput miniature painting from Kishangarh in the Marwar region. The show didn’t cover the state of Marwari horses in Marwar itself but even the coverage of the Shekhawati region was good enough. The Rajput families are doing all they can to preserve this wonderful symbol of India’s warlike history.

It should inspire Punjabis and Marathas to make efforts to preserve their horses as well. Of the former, the Multani breed (in Pakistan) is believed to be surviving but the Lakhi breed (Punjab) is dying out. The Dakhini breed, on the backs of which the Maratha Empire was formed, is EXTINCT! There are fewer than 100 specimens left.

Hopefully Maratha families can take inspiration from the Rajputs and make an effort to save the legacy of their forefathers.