The Palwars were a brave and turbulent race. They had no Raja but they always united for the achievement of a common purpose. They levied blackmail from all comers, and defied the efforts of Muslim subedars of Lucknow to reduce them to order .When Oudh was annexed by British, they showed unmistakable hostility towards the British, and on the outbreak of mutiny, broke into open rebellion, plundering and fighting in Faizabad,Azamgarh and Gorakhpur.When the European fugitives from Faizabad were escaping in boats down the Gogra,they were stopped at Narani by Udit Narayan Singh, the eldest son of the Palwar chief and were insulted and robbed by his followers. On reaching Chahora, the fort occupied by Madho Prasad, another Palwar chief, they received some show of hospitality. Madho Prasad Singh whose conduct towards British at the outset was good, was the first to unfurl the standard of rebellion. Assembling his clan, he plundered the town of Manori and attacked Azamgarh. The Palwars then passed over into Gorakhpur and joined the rebel Nazim in that district. Here they were defeated by the Gurkhas under Jung Bahadur. While en route to Lukhnow, the Gurkhas attacked the small fort f Berozpur in Faizabad, which was bravely held by 34 Palwars who were all killed at their posts. Palwars reside chiefly in Faizabad, Gorakhpur and Azamgarh districts. 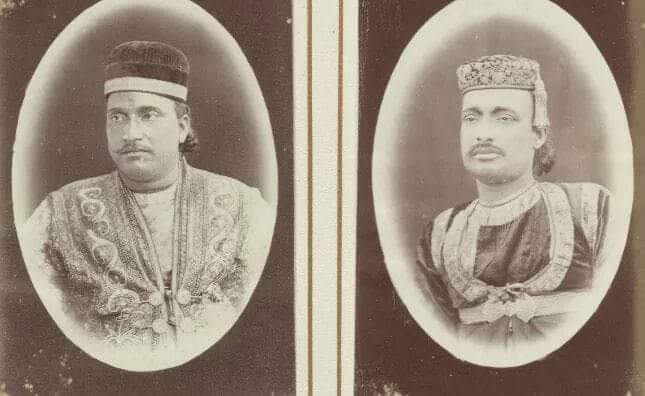 3 Likes
Origin of Gurjara Land, The Bargurjar Rajput, The Gurjar / Gurjar Caste, Gurjara-Brahmin and the modern Gujarat
About the Rajput Clans category
Sipahsalar_S May 8, 2020, 8:09am #2