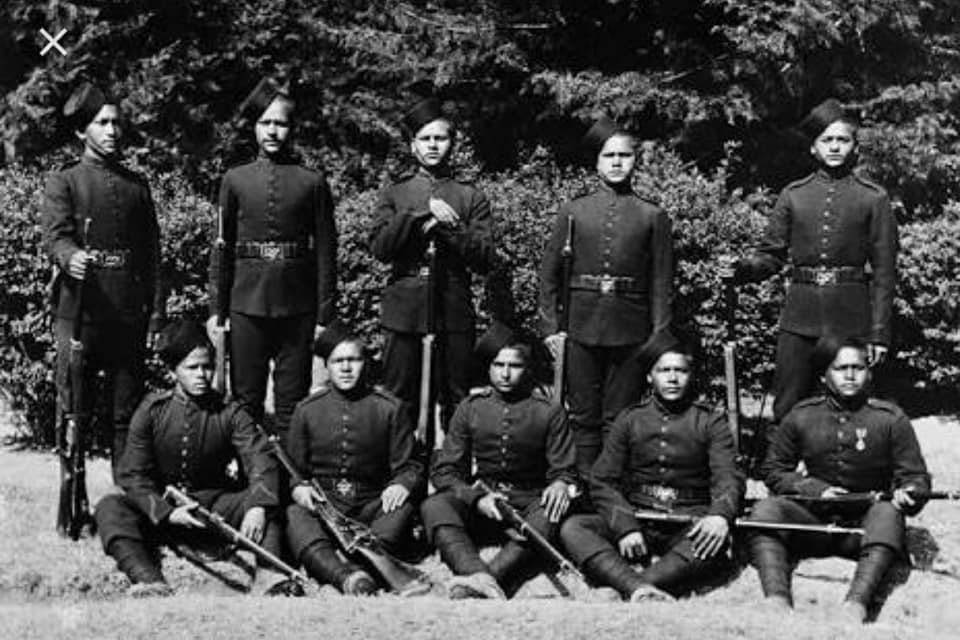 1) The newly-created hill state of Uttarakhand east of the Yamuna River, is home to the Gharwali and Kumaoni soldiers. The only sizable princely state here was Tehri, and personnel from the Tehri Garhwal Field Company were merged into the 39th Garhwal Rifles. 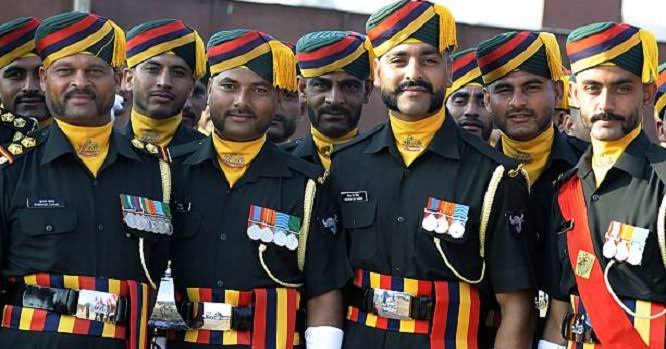 2) Between J&K and Uttarakhand were numerous states like Chamba, Mandi, Suket,Guler Rampur, and Sirmur, all part of the recruiting ground of the Dogra fighting class, which extended into the Jammu region of J&K State. After Independence, personnel from Chamba Infantry, Joginder Infantry (Mandi), Sirmur Rifles, and Suket Infantry became the 16th battalion of the Dogra Regiment. 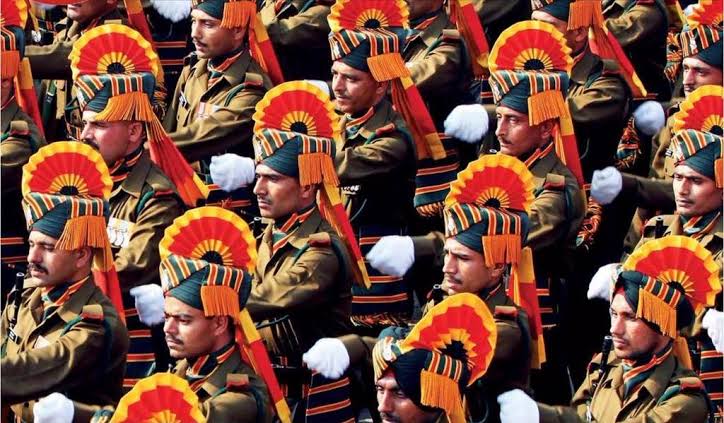 A file photo of the Jammu and Kashmir Rifles For further reading: here

3) Jammu and Kashmir Rifles trace their origin to the army that was raised by Maharaja Gulab Singh Jamwal and that fought under glorious men like General Zorawar Singh Kahluria. 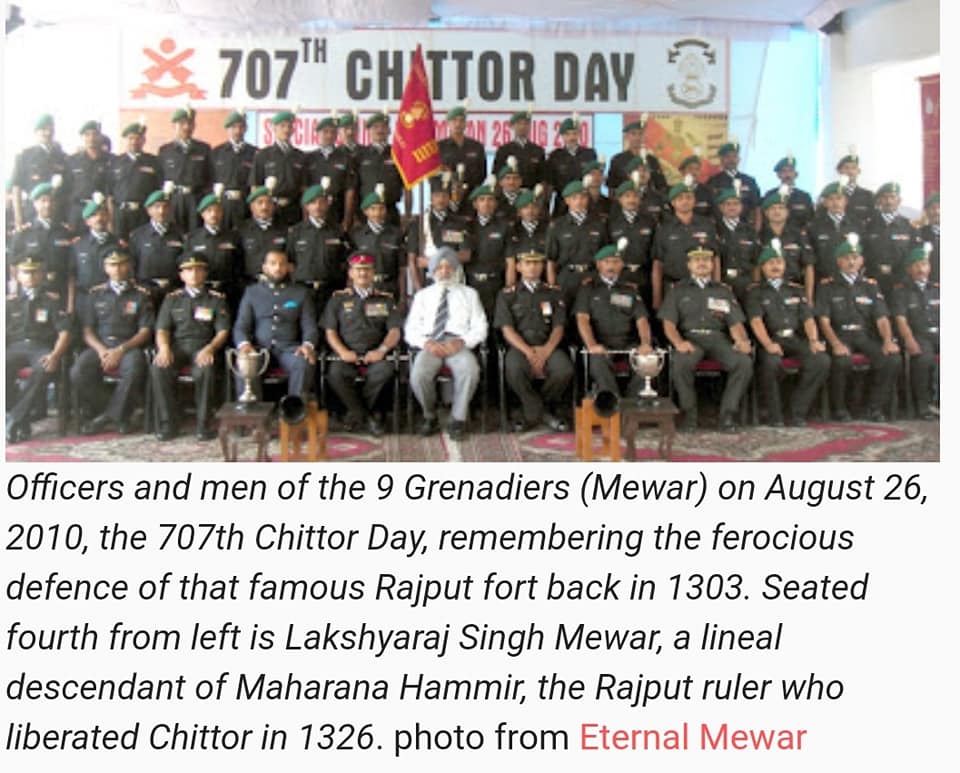 1) Mewar the greatest state in Rajputana contributed the 1st Mewar Infantry, which later became the 9th Grenadiers Regiment. It trace their origins to Maharana Hammir, the Gahlot-Sisodia ruler who re-conquered Chittorgarh fort and started Mewar State formation in 1340.

4) The Sawai Man Guards of Jaipur State, was engaged in fighting in the J&K War, and became the 17th Rajputana Rifles. 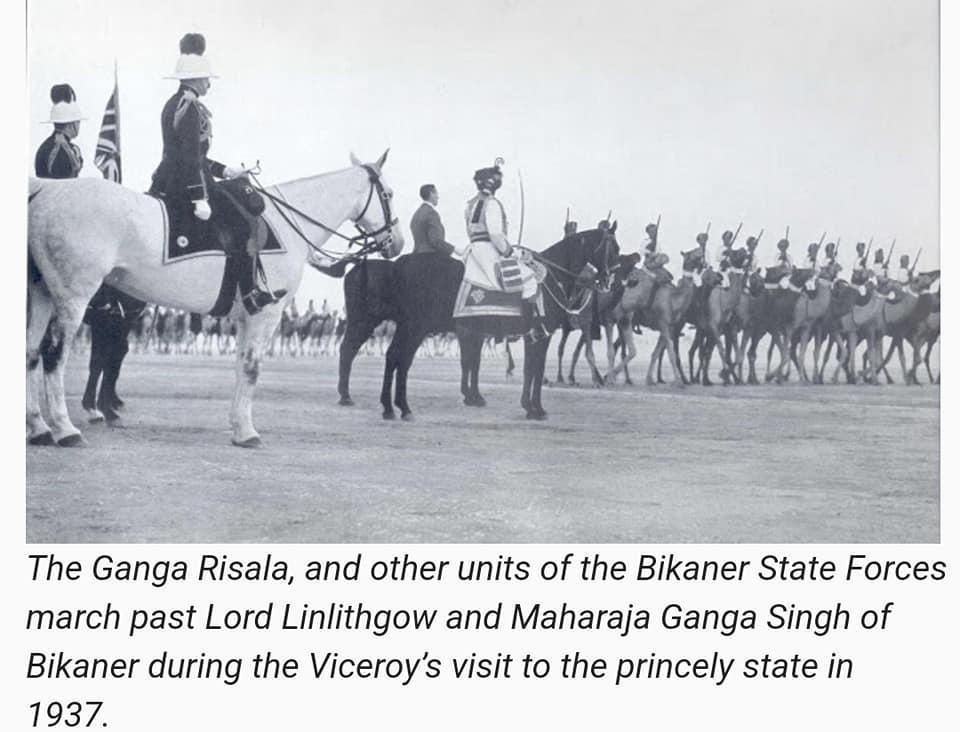 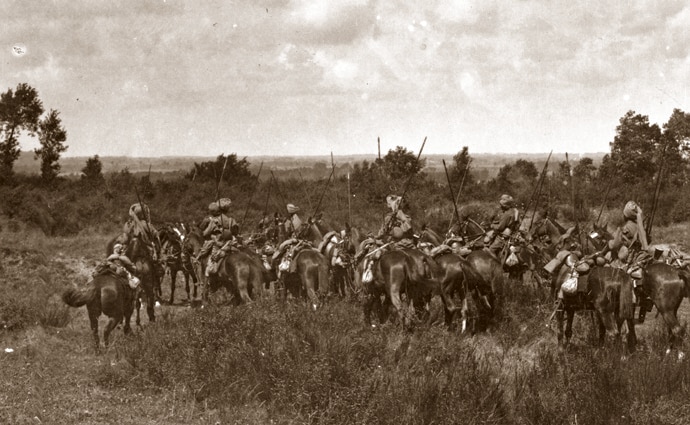 A Jodhpur Lancers patrol in action at Linghem,France 28 July 1915. They carried a lance read here

6) The Jodhpur Sirdar Infantry, the oldest battalion of the Indian Army tracing its history to the establishment of the Rathor clan in western Rajasthan circa 1212 CE, became the 20th Rajput Regiment. 7) A mounted unit from Bikaner State, the Ganga Risala (Bikaner Camel Corps) , was amalgamated with the Jaisalmer Risala raised in 1948 and became the 13th Grenadiers.