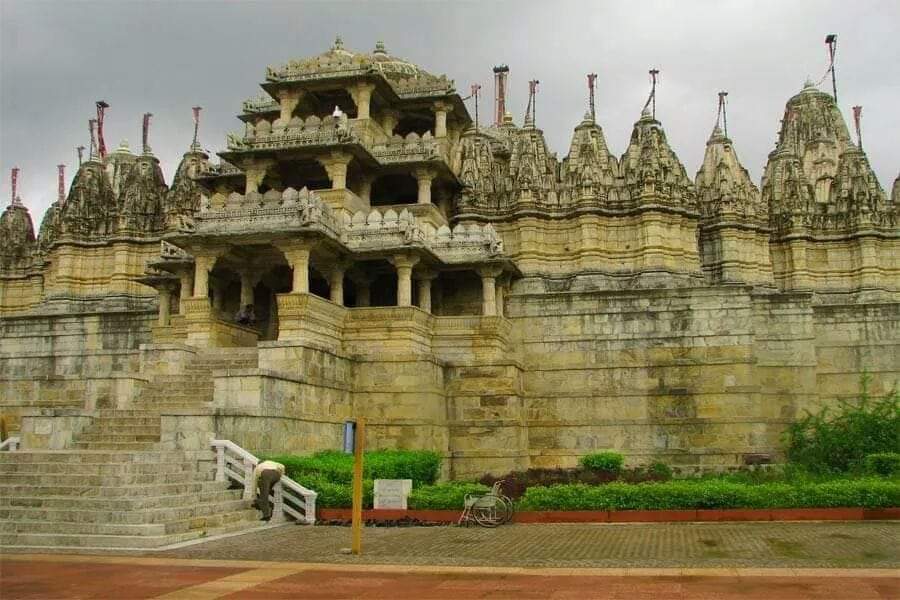 The construction is well documented in a 1437 CE copper-plate record, inscriptions in the temple and a Sanskrit text Soma-Saubhagya Kavya.

Inspired by a dream of a celestial vehicle, Dhanna Shah, a Porwal from Ghanerao, commenced its construction, under the patronage of Rana Kumbha, then ruler of Mewar.

The architect who oversaw the project was named Deepaka.

There is an inscription on a pillar near the main shrine stating that in 1439 Deepaka, an architect, constructed the temple at the direction of Dharanka, a devoted Jain. 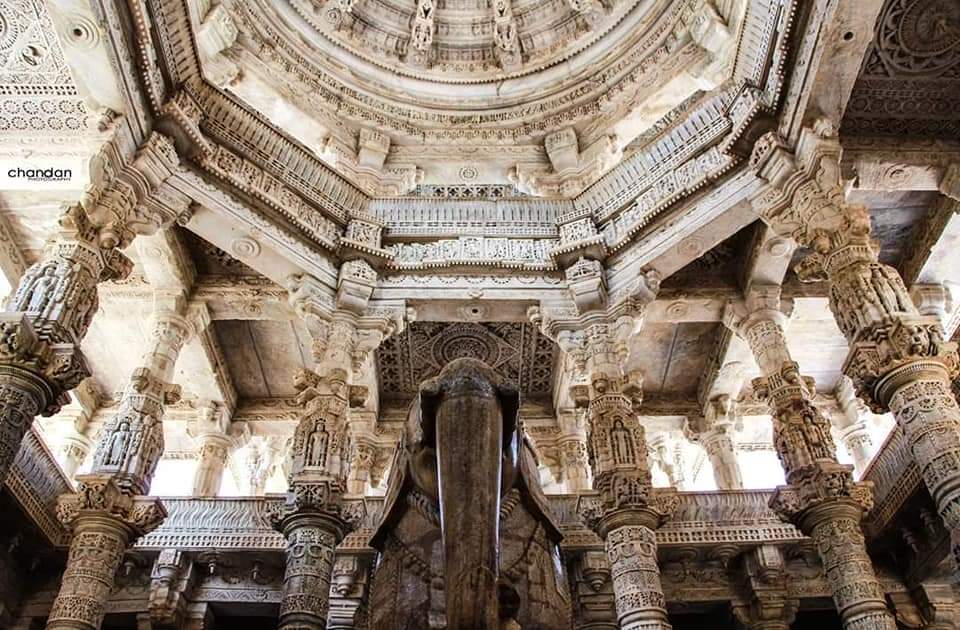 When the ground floor was completed, Acharya Soma Sundar Suri of Tapa Gachha supervised the ceremonies, which are described in Soma-Saubhagya Kavya. The construction continued until 1458 CE

Well there goes the myth that rajputs were intolerant to other religons. Unlike the newly converted Hephtalites, they actually patronized other religons. Just more proof that Rajputs were not Huns, but the people who defeated them.