‘Rani Ki Vav’, (The Queen’s Stepwell), an 11th-century architectural wonder built by Rajput Queen Udaymati in memory of her husband Bhimdev I of the Solanki Rajput dynasty is imprinted on The New ₹100 Note.

The new note is in lavender colour and bears the motif of ‘Rani ki Vav’ on its reverse side. 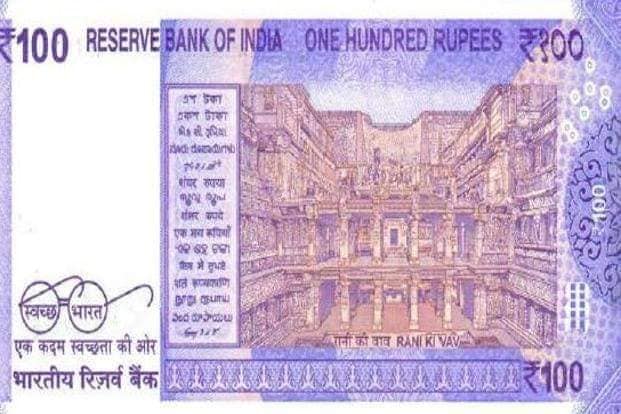 A thousand years ago, when powerful Solankis ruled Gujrat, a Rajput queen named Udyamati dug a stone-lined well to lap the underground aquifer. Rani ki Vav has been included in the list of world heritage on 23 June 2014 by UNESCO due to its amazing and huge structure.

The Solanki Rajput dynasty’s queen, Rani Udayamati built the structure as a memorial to her deceased husband Bhimdev I Solanki in the 11th century. Bhima I (r. c. 1022–1064 CE) was a Chaulukya (Solanki) king who ruled parts of present-day Gujarat, India. The earliest of the Dilwara Temples and the Modhera Sun Temple were built during Bhima’s reign. The construction of Rani ki vav is attributed to his queen Udayamati. Udayamati did something spectacular, She commissioned a magnificent monument to encase her well and protect its precious waters.
Descended into the earth itself, negotiating seven stories of terraced steps and covered pavilions. Over the years, as the Saraswati river changed its course, the massive structure was flooded and lay buried until its excavation by the Archaeological Survey of India in the late 1980s. The Stepwell has seven levels of beautifully carved stairs with over 1500 mythological and religious sculptures. It is featuring over 500 sculptures and over 1,000 minor ones combining religious, mythological and secular imagery, often referencing literary works. At the fourth level is the water tank. 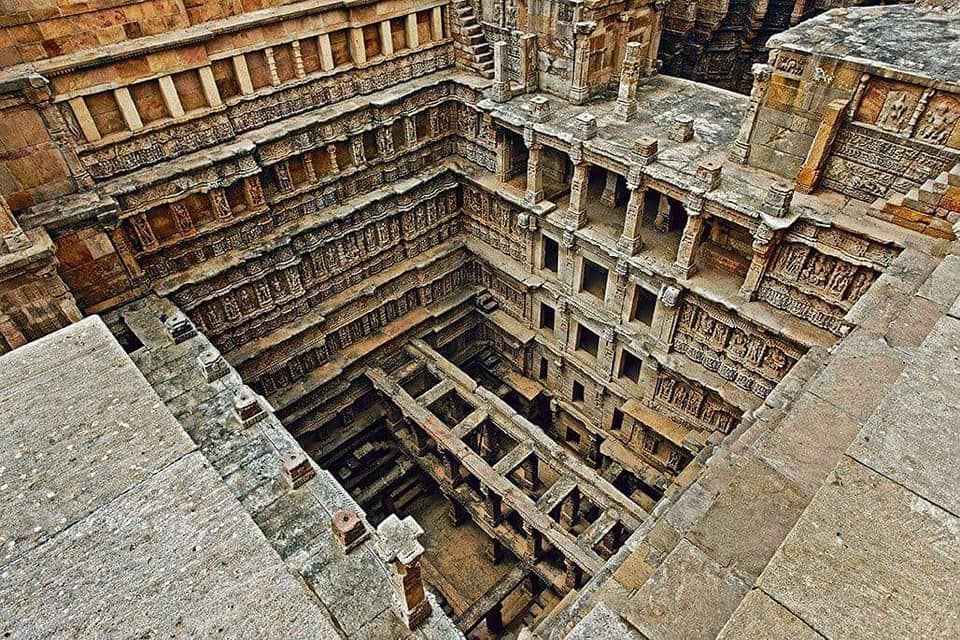 Reportedly, there is also a gate beneath the last step of the well, leading to a 30m tunnel and opening into Sidhpur, a town close to Patan. It was used as an escape gateway during war or invasion.

Head over to this 900-year-old heritage site to appreciate its beauty and grandeur in a true sense. It is open from 8 am to 6 pm, it is located in Patan, about 125 km from Ahmedabad. 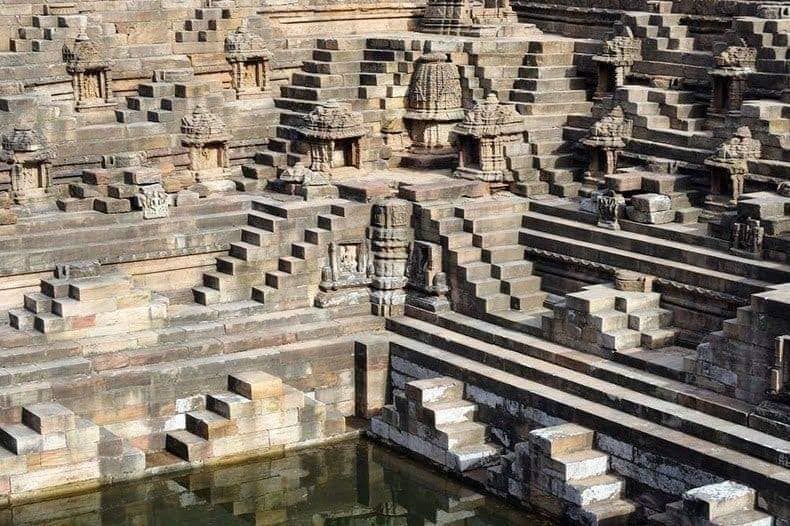