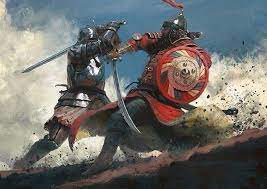 Rajput history is like an ocean. There are numerous famous personalities and countless valorous incidents.

But it is our misfortune that people know Rajputs for only two reasons- Prithviraj Chauhan and two battles of Tarain ; and Maharana Pratap Singh and the Battle of HaldiGhati.

But few people know about another famous ,a bigger battle than the Battle of Haldighati was that of Bhutala Ghati and this was Mewar’s first struggle against the Islamic Sultanate.

It remained a subject of discussion for a long time. Even in the Chirwa inscription of 1273 AD, there is a discussion of this battle. Due to the fame of ‘Battle of Bhutalaghati’ , ‘Battle of Khamnor’ was also known as Battle of Haldighati .

Chirwa inscription has 36 lines and 51 verses. The last line of the inscription is in prose mentions Samvat 1330 Sudi 1.The inscription begins with the worship of Vageshwar and Vageshwari and then describes the achievements of Padma Singh, Jaitra Singh, Tej Singh, and Samar Singh, the descendants of Guhilvanshi Bapa Rawal.It is written that Jaitra Simha a mighty ruler and was like a catastrophe for the enemy rulers.The rulers of Malwa, Gujarat, Marwar, Jangaldesh and Sultans failed to subdue him. The author of the inscription also describes the valour of Tej Simha and Samar Simha. This proves that Mewar had expanded a lot during the time of these rulers and neighbouring enemies were also well suppressed.

Indian Antiquary Volume 57 also has an article regarding Chirwa inscription and Jaitra Simha. 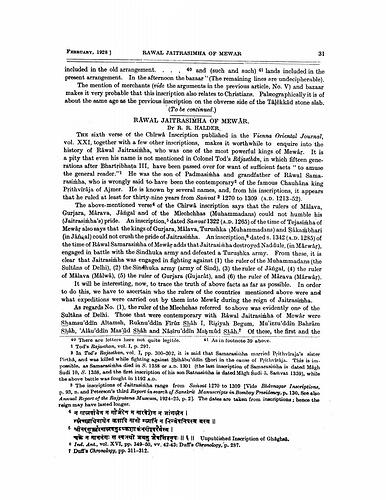 Iltutmish (1210-1236 AD), the successor of Qutbuddin Aibak, the founder of the Slave dynasty, succeeded to the throne of Delhi.Iltutmish attacked Rajasthan and destroyed educational centers associated with the palaces of Rajasthan, and making new structures over them like Adhai Din Ka Jhonpra in a hurry. In the same sequence there was an attack on Mewar too. At that time, Nagda city of Mewar was very famous .There were discussions of the might of the ruler Jaitra Singh outside of Mewar like Malwa, Gujrat, Marwar, Jangaldesh etc.

It is also said that there were 999 temples in Nagda and the ruins of temples has been discovered at many places in the country.These temples were built in both hilly and plain areas and included both Lakulish Shaivism and Vaishnava temples.During the reign of Jaitra Simha, Mewar became famous for the trade of silver. This was discussed even by merchants of Gujarat, but the business was spread up to Arabia.(Source-Nandeshma Abhilekh (Hindi) – Rajasthan Ke Prachin Abhilekh by Dr. Dr Shri Krishan Jugnu.)

Jaitra Simha was like a thorn in Iltutmish’s eye as he wanted to take over the business of Mewar. Jaitra Simha had turned down every offer of Sulatn earlier. This made Sultan Altmish attack Mewar and at the same time with with Ajmer.

The Chauhan’s were weak at that particular point of time. Sultan adopted a strategy of imprisoning the most powerful ruler of Guhils at that time that was no different from Muhammad Ghori’s strategy against Prithviraj Chauhan.He destroyed the newly built Sun temple of Nandeshma on the way of Miyala, Kelwa and Devkul Patan. A Jain temple on the way was also destroyed. 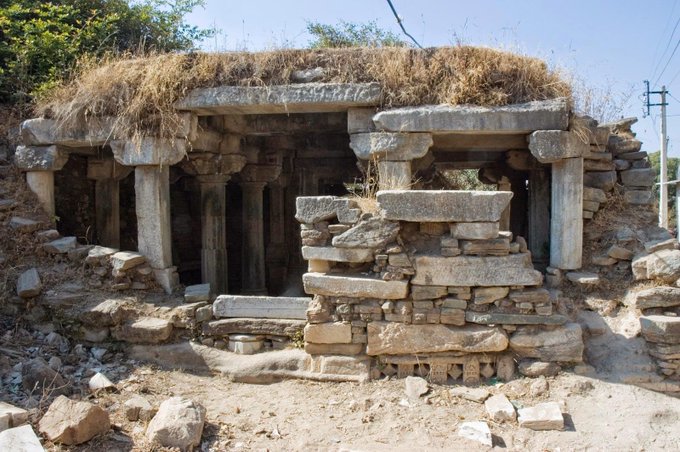 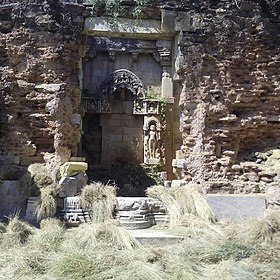 Jaitra Simha on hearing the news made preparations to give a befitting reply to Sultanate army which was approaching like a storm. Pamraj Tanter, the eldest son of Talaraksha Yograj raised an army to fight the Sultanate army.He fought very valiantly for Jaitra Singh but could not succeed against the Sultanate army.Not only the Guhils, but warriors from other Rajput clans like like Chauhan, , Solanki, Parmar etc. along with Charans and tribals fought bravely against the Sulatnate army.

Heavy fighting occured between the valleys of Gogunda and Nagada. Many young lives perished while fighting a bloody battle with the Sultanate army.A saying goes by like this-

The above line has kept the memory of the battle attached to itself. In the fourteenth century this city submerged and as a as a tradition, Baghela Talab was built to provide jalanjali the martyrs.

Dr Shri Krishan Jugnu, writes in his book, Nandeshma Abhilekh (Hindi) – Rajasthan Ke Prachin Abhilekh “This fierce battle was fought in the valley near Nagda towards Gogunda. Besides Gohils, there were brave soldiers from Chauhans,Chandanas, Solankis, Parmars, Chaarans and Tribals who fought for Mewar. They gave a tough fight to Sultan’s army. However, when Jaitra Singh was cornered, he was secretly sheltered in one of the houses in Nagda. Iltutmish was furious and encircled Nagda. Every house was searched, burnt and destroyed. In 14th century, according to a mythological tradition of offering water tribute to the martyrs of Bhutalghati, a lake was built at Nagda and christened as BaaghelaTaalab.” There is another bardic tale that says, Maharana Mokal built this lake in memory of his brother Baagh Singh.”(English translation taken from Wikipedia original lines are in the book by Dr Shri Krishan Jugnu, Nandeshma Abhilekh – Rajasthan Ke Prachin Abhilekh (2015). Lokchetna Prakashan.)

Below is the image of Indian Antiquary Volume 26, which contains the line ‘Jaitra Simha proved Agastya (Rishi) to the sea of the Turushka army.’ 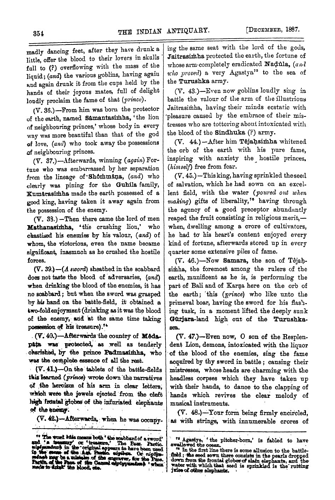 If you don’t mind I will have to edit it , to make it look more factual. Hence I am asking your permission.