He was born on 01 December 1924 at Banasar near Phalodi in Jodhpur. His father Lt Col Hem Singh, OBI, served with the Jodhpur Lancers in the Great War, where he was wounded. Major Shaitan Singh, PVC, started his military career in 1947 when he joined the Durga Horse of the erstwhile Jodhpur State as officer cadet after finishing his schooling from Chopasani School and graduation from Jaswant College, Jodhpur, in 1947. He was commissioned after passing out from Officers Training School, Poona, where he underwent training from 26 August 1947 to 31 July 1949. He then served with Umed Kotah Infantry from 01 August 1949 to 31 March 1951 and 20 Rajput (Jodhpur Sardar Infantry ) from 01 April 1951 to 24 May 1954. On 25 May 1954, after receiving his permanent regular commission in the Indian Army, he joined 13 Kumaon Regiment. 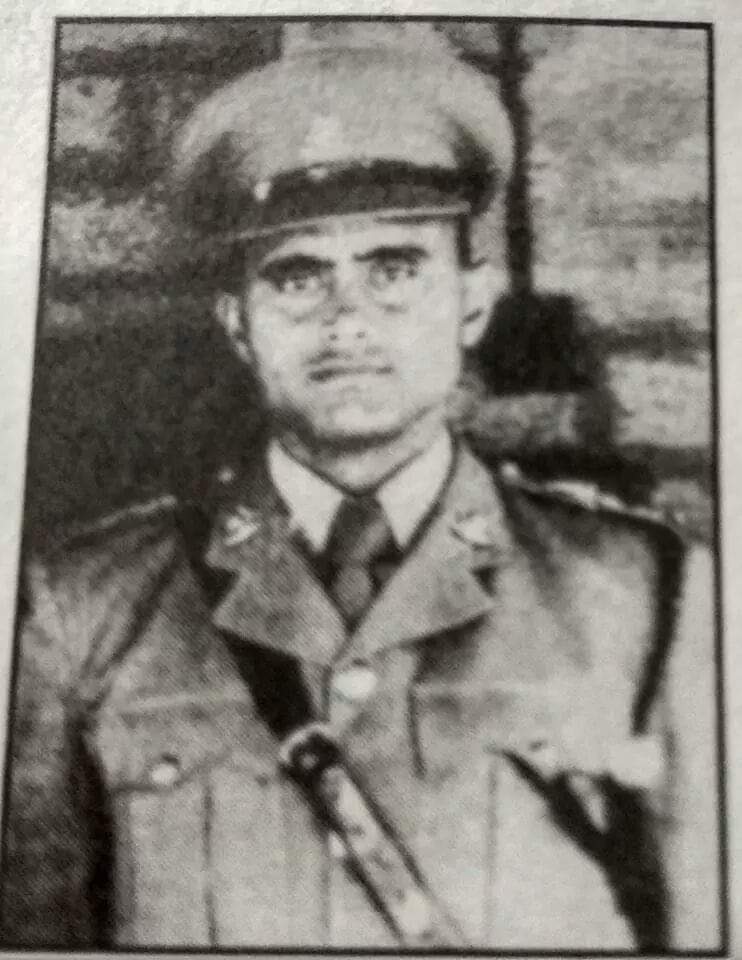 His tryst with destiny

The annals of the Indian Army are replete with stories of bravery and uncommon valor. And then there are stories of courage so overwhelming that it is almost impossible for the human soul to even comprehend that such men walked the face of this very earth. On a freezing and unforgiving November night, 123 Indian soldiers –frostbitten, weary, hungry and heavily outnumbered – defied the might of the rampaging Chinese Army. On 18 November 1962, Major Shaitan Singh and men of Charlie Company, 13 Kumaon Regiment, forever passed into the mists of legend. This is a story of unimaginable sacrifice. This is a story of men pitted against impossible odds. This is the story of Indian soldiers who looked death in the eye and did not flinch.

This is the story of the Battle of Rezang La.

In their initial assault on Indian positions in October, the Chinese had overrun border posts from Daulat Beg Oldie to Damchok, along the Karakoram Range. The defense of Chushul was the responsibility of 114 Brigade, which had a battalion less. An Infantry Brigade has 3 battalions. 114 Brigade had just 1/8 Gurkha Rifles and 5 Jat Regiment. When the danger to Chushul was realized, 13 Kumaon was rushed from Baramulla to augment 114 Brigade. Other companies of 13 Kumaon occupied heights like Gun Hill, Gurung Hill, and Mugger Hill. Charlie Company was given Rezang La, a pass 19 km away on the southeastern approach to Chushul. Rezang La was all rock, bitterly cold with bone-chilling winds and the troops were not acclimatized to such extreme temperatures. The company was deployed at a height of 16,404 feet above sea level, and the main company position was defended by the 7th, 8th & 9th platoons. The surrounding mountains isolated it from the rest of the battalion. The biting cold and the howling winds were accompanied by snowfall. Lack of protective winter clothing made the vigil more treacherous. And to add to the already impossible situation, Charlie Company was “crested to artillery”. This meant that there was an intervening feature, which did not allow Charlie Company the cover and protection of Indian Army’s artillery. Charlie Company was without cover, without the support and on its own. In the very early hours of 18 November, the Chinese Army attacked the 7th and 8th platoon. At 0500 hrs, Charlie Company opened up with rifles, machine guns, and mortars. The retaliation was so ferocious that hundreds of Chinese lay dead. The first wave of the Chinese Army was repulsed.

At 0540 hrs, Charlie Company came under intense artillery and mortar shelling, and under the cover of this fire, about 350 Chinese attacked 9th platoon. The platoon, true to their training, held their fire till the last moment. When the Chinese were a mere 90 meters away, the 9th platoon opened up with all their weapons. Their fire was devastating and hundreds of Chinese dead bodies littered the “nullahs”. The second wave of the Chinese Army was repulsed.

Major Shaitan Singh moved from platoon to platoon, firing at the enemy and encouraging his men. He ignored the grave danger to his life and kept fighting. They say that he fought like a man possessed, completely oblivious to his own safety.

For the Chinese, this horrific rate of casualties was not sustainable. They changed tactics. 9th platoon was brought under withering MMG fire and under the cover of this fire, 400 Chinese attacked 8th platoon from the rear. This attack was stopped at the platoon barbed wire fence. Simultaneously, a heavily armed assault group of 120 Chinese attacked 7th platoon from the rear. The 7th platoon responded with mortars and rifle fire. There were heavy casualties on both sides.

By now, the strength of 7th and 8th platoon was severely depleted.

When the Chinese again assaulted the 7th platoon, our soldiers rushed out of their post and engaged the Chinese in hand-to-hand combat. The Chinese brought reinforcements. The entire 7th and 8th platoon of Charlie Company was martyred. There were no survivors. 9th platoon was very severely depleted and out of ammunition. So, the survivors fought the heavily armed Chinese with their bare hands. Naik Ram Singh, a wrestler, killed many Chinese soldiers with his bare hands before he was shot in the head.

Major Shaitan Singh was constantly fighting, moving from platoon to platoon, encouraging his men and leading from the front. During the course of the battle, he was critically injured by MMG fire. While being evacuated, the Chinese started firing at him and the two soldiers who were accompanying him. Not wanting his soldiers to be killed in such a manner, he ordered them to leave him with his weapon and rejoin the fighting.
Charlie Company, 13 Kumaon, repulsed seven attacks by the Chinese before the entire company was martyred in combat.

On 21 November 1962, a unilateral ceasefire was declared between China and India.

When the Indian Army visited the Charlie Company location after the war, Major Shaitan Singh was found holding his weapon. He had died fighting. The nursing assistant was found dead with bandages and a syringe in his hand. The mortar section commander was found dead, holding a mortar round. He kept firing till his position was overrun and he was killed. Out of the thousand mortar rounds that Charlie Company had, all but 7 had been fired.

Out of the 123 soldiers of Charlie Company, 114 were martyred and 6 were captured by the Chinese Army and kept as PoWs. They later miraculously escaped.
For conspicuous bravery and heroism beyond the call of duty, Major Shaitan Singh Bhati was posthumously awarded a grateful nation’s highest gallantry award, the Param Veer Chakra. The company was also awarded 8 Veer Chakras and 4 Sena Medals for exceptional bravery. Charlie Company was later re-designated as “Rezang La Company”.
122 Ahirs from Haryana, led by Major Shaitan Singh Bhati of Jodhpur, fought for “Naam, Namak, Nishan” at -30 degrees centigrade. In freezing, inhuman cold, clothed in thin sweaters and jackets, wet canvas shoes, badly equipped and armed with Second World War vintage .303 rifles, they fought against an enemy who was far better equipped and armed.

These brave 122 fought against 3000 attacking Chinese and counted over 1300 enemy dead before embracing martyrdom.

Today, a memorial stands at Rezang La, honoring the memory of those heroes. It reads:

"How can a man die better

For the ashes of his fathers

And the temples of his Gods."

For his gallant action on 18 November 1962 against a Chinese invasion, Major Shaitan Singh was awarded the Param Vir Chakra. The official citation read:

“Major Shaitan Singh was commanding a company of an infantry battalion deployed at Rezang La in the Chusul sector at a height of about 17,000 feet. The locality was isolated from the main defended sector and consisted of five platoon-defended positions. On 18 November 1962, the Chinese forces subjected the company position to heavy artillery, mortar, and small arms fire and attacked it in overwhelming strength in several successive waves. Against heavy odds, our troops beat back successive waves of enemy attack. During the action, Major Shaitan Singh dominated the scene of operations and moved at great personal risk from one platoon post to another sustaining the morale of his hard-pressed platoon posts. While doing so he was seriously wounded but continued to encourage and lead his men, who, following his brave example fought gallantly and inflicted heavy casualties on the enemy. For every man lost to us, the enemy lost four or five. When Major Shaitan Singh fell disabled by wounds in his arms and abdomen, his men tried to evacuate him but they came under heavy machine-gun fire. Major Shaitan Singh then ordered his men to leave him to his fate in order to save their lives. Major Shaitan Singh’s supreme courage, leadership and exemplary devotion to duty inspired his company to fight almost to the last man.”
— Gazette of India Notification No.68—Press/62, (Cardozo 2003, p. 83) 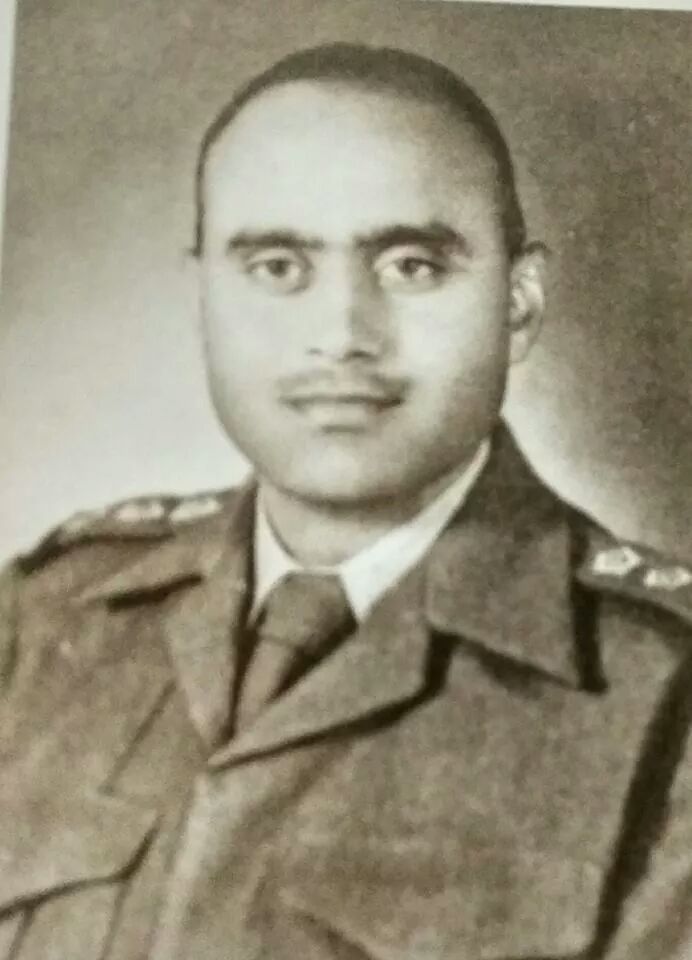 A true patriot. It should be noted here that when his body was found at last buried deep in the snow a few months later, it was still holding the machine gun. Died in a true Rajput fashion.
Salute!

@Karmwar Really well written article. Keep posting such awesome articles. Many salutations to Major Shaitan Singh Bhati, PVC. A true patriot. Bhati Rajputs have always held that belief, they are the proctetors of the northern frontiers.