Rajput- History, Origin And Analysis Of The Word And Debunking Lies Against Rajputs 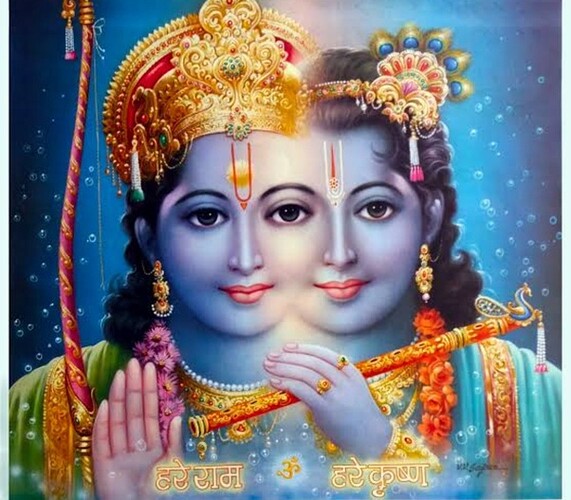 There is a lot of confusion related to the word Rajput and Rajput community, majority of people say that Rajput is a 12th century word and Rajputs as a community didn’t exist before that. Some say that Muslims gave some allied nobles the title of Rajput. But that’s not true. Let us analyse the word deeply to debunk this myth.

Gayatri Mantra (Rig Veda Mandala 3.62.10) regarded as the highest and most powerful Hindu prayer , Gayatri is the name of the Vedic meter in which the verse is composed.

Bhagwan Ram and Lakshmana are referred to as Rajaputra in Mahabharata.

“The two brothers, rajaputra Rama and Lakshmana, fare well protected by Sugriva, the lord of all Vanaras.”

In Balakanda of Ramayana, Bramharshi Vishvamitra calls King Trishanku a Rajaputra. Trishanku is called a Rajana barely two verses before that address.

The term Rajaputra also appears in other Vedic literatures and Kathaka Samhita. If we look at the Shanti parva of the Mahabharata, In chapters 62,63 and 64 , verses 9 and 14 the term Rajaputra is used as a substitute for Kshatriya on multiple occasions.(when it is speaking of three Varna’s legitimacy to take to asking alms for food)

King Dushyanta refers to Shakuntala the daughter of Rishi Vishwamitra as Rajaputri(Adi Parva) at a time when Vishwamitra was no longer a Kshatriya. Still , the word Rajaputra used here shows the importance of bloodline over anything.

In Rigveda’s famous Purusha Sukta the term Rajanya is used as connotative of Kshatriyas.

Bhagwan Buddha was also referred to as Rajaputra in Buddhist texts. Dr. Rhys Davids in his “Buddhism, Its History and Literature: Page 27″ says about Lord Buddha:”The family name was certainly Gautama…….It is a curious fact that Gautama is still the family name of the Rajput chiefs of Nagara, the village which has been identified with Kapilavastu.” Now for those people who will come saying that Rajaputra means Kings Son: See the early 7th century Sanga inscription of Nepal.In this inscription, the chief minister Vikramasena was designated as “Rajaputra”. He was not king’s son and not even related to the king. Source: Regmi, D. R. Inscriptions of Ancient Nepal. Vol. 2.

You can get the books at Google books. Abhimanyu’s son Parikshit is called Rajaputra in Bhagvat Purana. “As the moon, in its waxing fortnight, develops day after day, so the rajaputra [Parikshit] very soon developed luxuriantly under the care and full facilities of his guardian grandfathers.”

Rajaputras have also been referred to in Kautilya’s (350-283 B.C) Arthashashtra, Kalidasa’s (1st century B.C) Malvikagnimitra,Asvaghosha’s (80-150 A.D.) Saundarananda, Banbhatta’s (7th century A.D.) Harshacharita and Kadambari and Kalhana’s (12th century A.D.) Rajatarangini records that the Governor of Bhukti of Pundravardhana, Rajaputra-Dev-Bhattaraka, was a son of the emperor, bearing the title Uparika Maharaja and rendering his homage to the king’. Rajputra are also mentioned in Sumandala Copper Plate inscription of Prithvigraha, Gupta era (570 A.D).